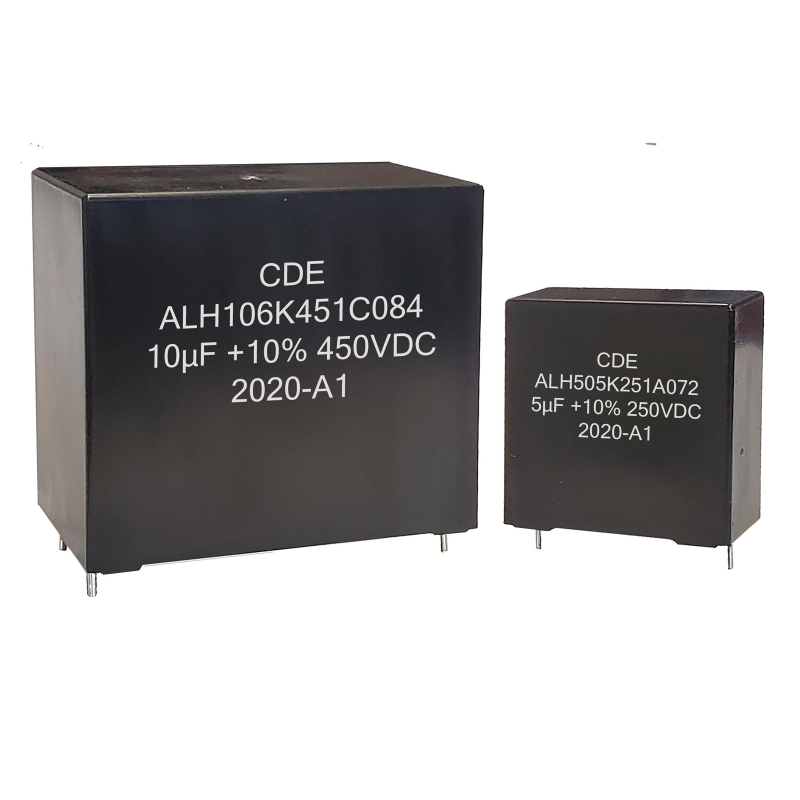 The Temperature, Humidity at Bias (THB) test exposes parts to the harsh conditions of 85 °C at 85% relative humidity with rated voltage applied.

CDE’s testing has been validated for 1,500 hours while competitors validate their series for 1,000 hours under the same conditions. This demanding test simulates the extremely harsh operating conditions encountered in many commercial and industrial inverter applications that can cause conventional film capacitors to fail early due to moisture penetration.

The ALH Series is optimized for AC harmonic filtering on the input and output of inverter circuits.

Their superior construction makes these capacitors ideally suited for solar, wind, UPS, EV, and other inverters applications that may be subjected to wide-ranging environmental conditions.

The ALH Series film capacitors are available now from the Distributed Micro Technology, one of Cornell Dubilier's franchised distributors.

A Little about CDE & DMTL

Cornell Dubilier consider their key strengths to be their broad portfolio of standard capacitor products for Power Electronics.  They excel with applications and custom capacitor designs for critical applications.  Their access to CDE engineers, their global logistics, sales and distribution network all lend support to a customer’s decision to approve a CDE Device.