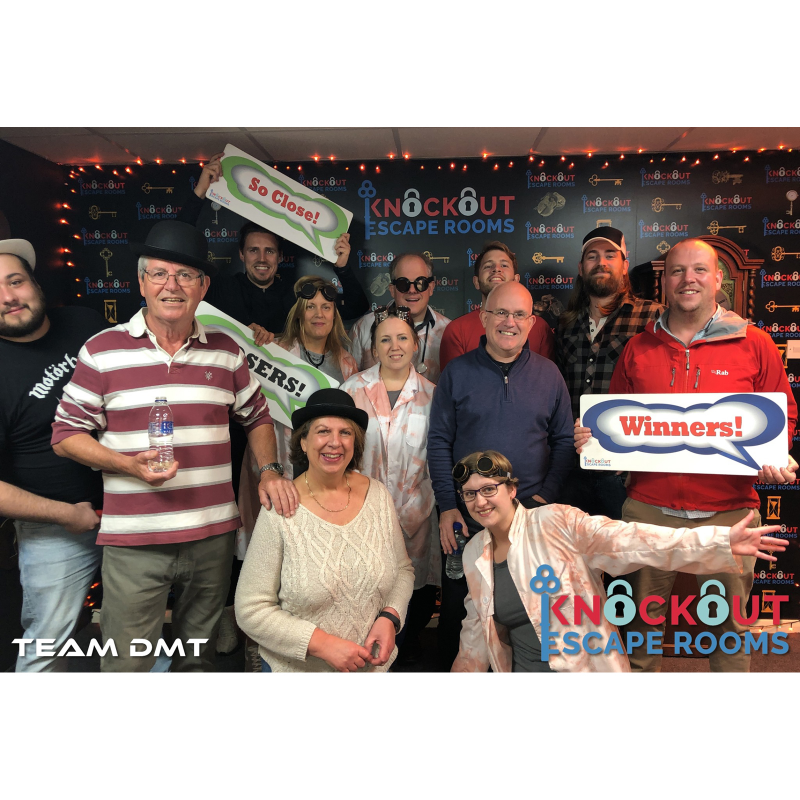 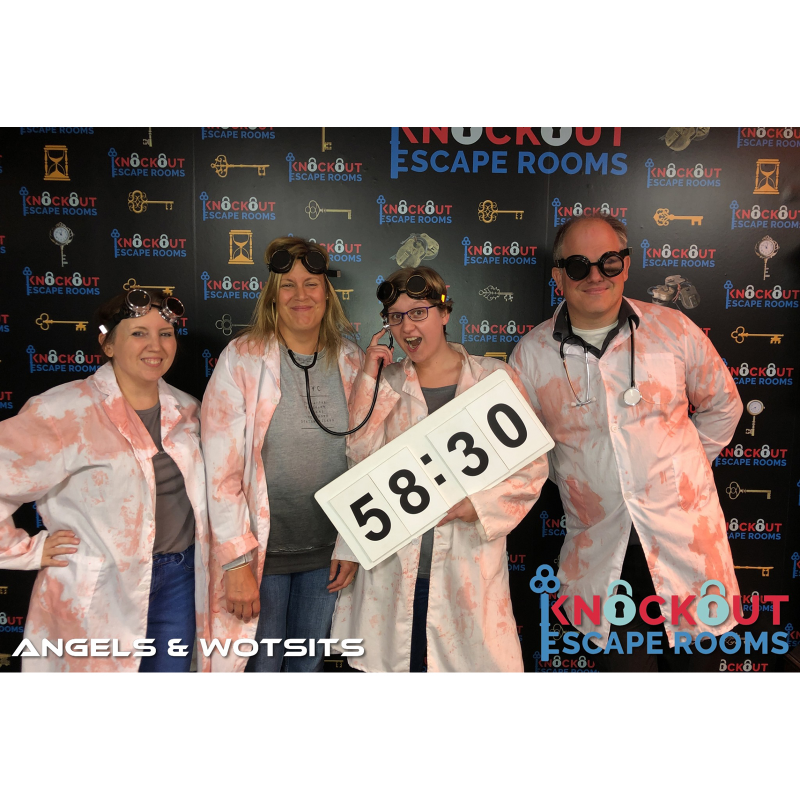 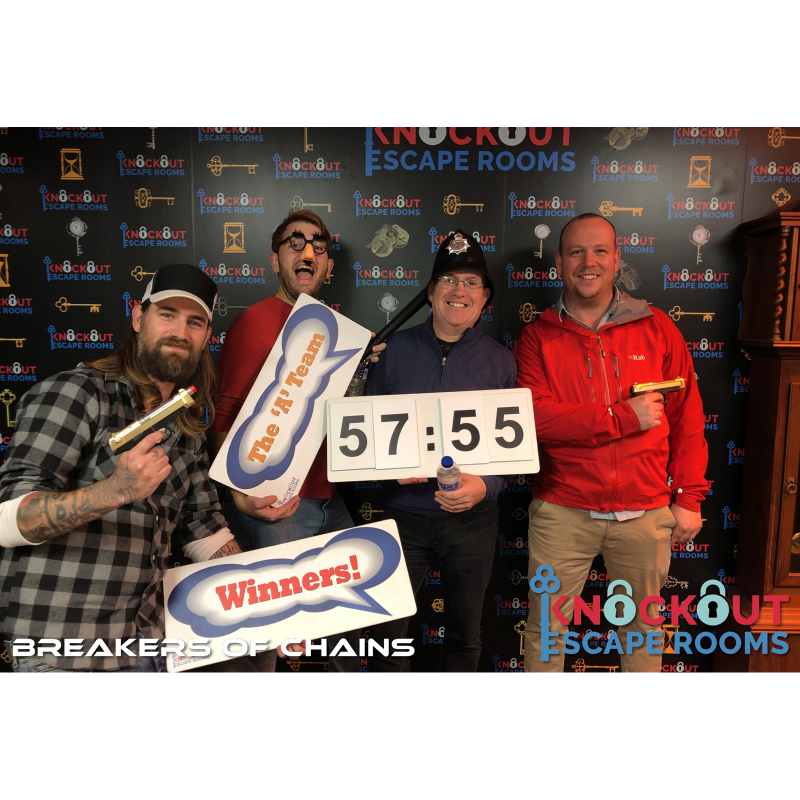 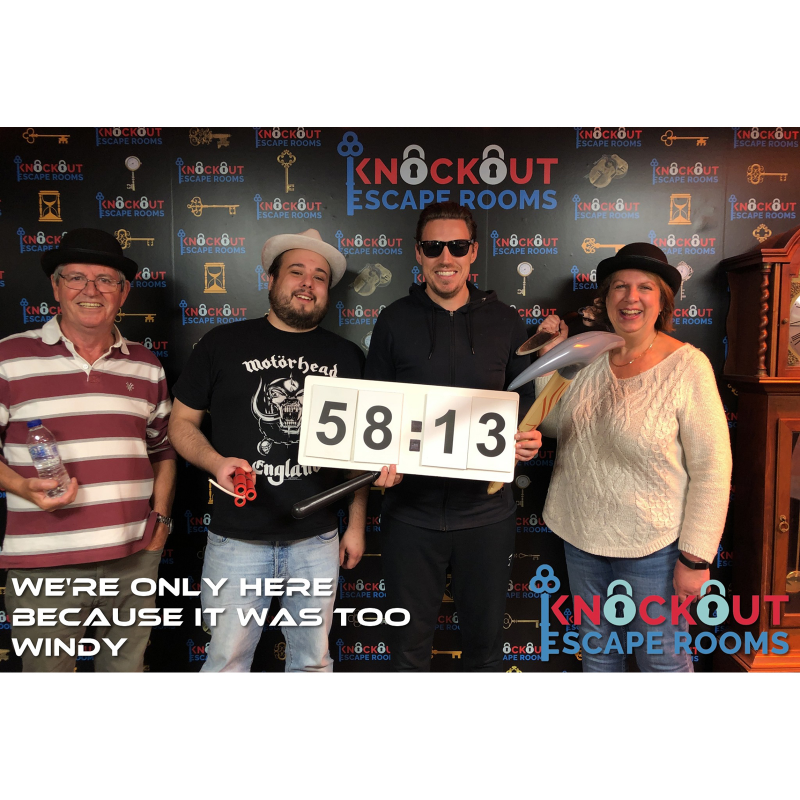 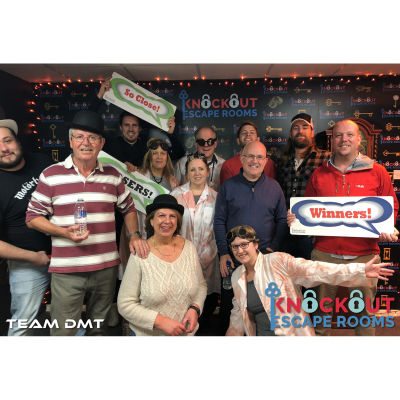 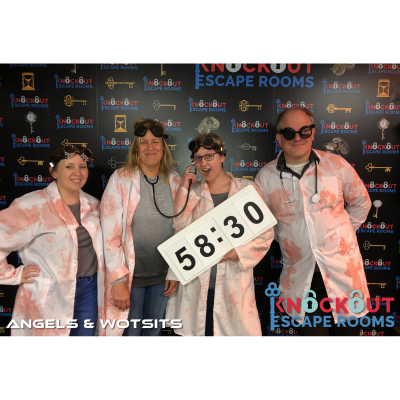 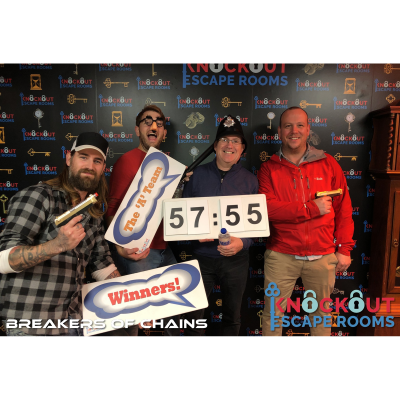 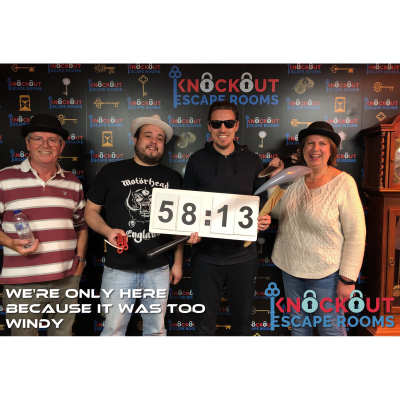 Typically, the team at DMTL go on an annual sea fishing trip. However, this year, due to the apparent MD's fishing trip curse (adverse weather conditions), this was not possible this year!

So, the most backed suggested alternative was that we split into 3 teams and take on 3 different Escape Rooms!

What is an Escape Room?

An escape room, is a game in which a team of players cooperatively discover clues, solve puzzles and accomplish tasks in one or more rooms in order to progress and accomplish a specific goal in a limited amount of time. The goal is to escape from the room!

Team Angels and Wotsits took on the 'Mad Scientist' room and managed to escape in 58 minutes and 30 seconds...

Team We're Only Here Because It Was Too Windy To Go Fishing took on the '9-5 Assassin' room and managed to escape in 58 minutes and 13 seconds...

Team Breakers of Chains took on the Prison Break room and, impressively, managed to escape in 57 minutes and 55 seconds making them the winners by 18 seconds!

However, it's the taking part that counts... and everyone really enjoyed the Escape Room experience!